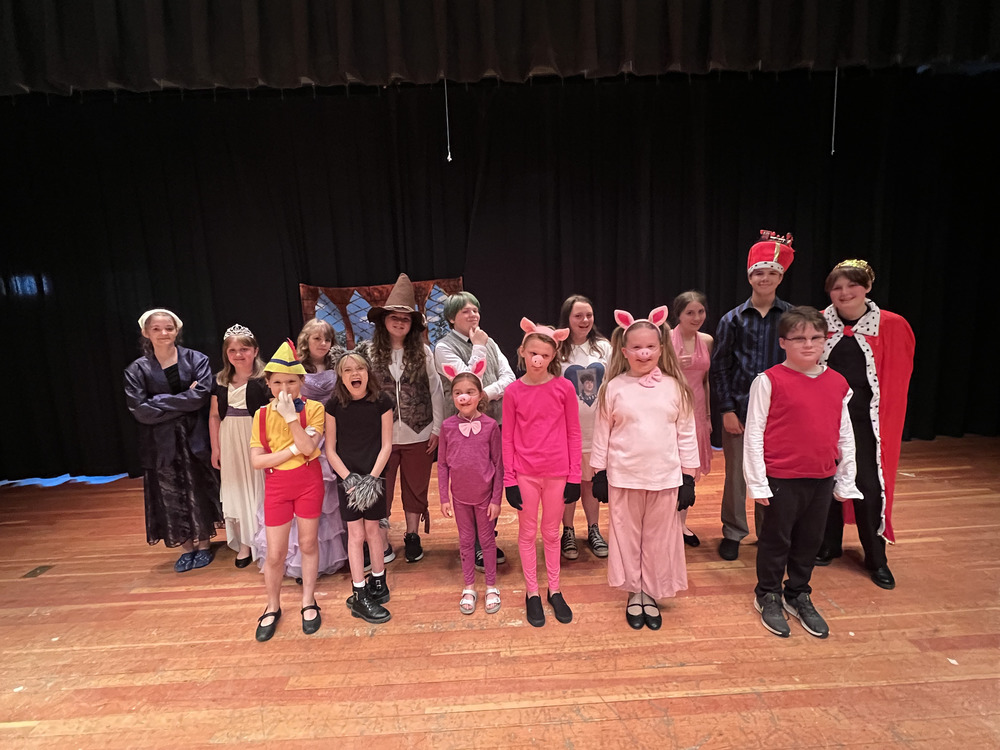 The Whitefield Players Presented “Cinderella and the Substitute Fairy Godmother”

Whitefield, NH: The lights shone brightly over the Whitefield School stage for the first time in two years as the school’s drama club presented “Cinderella and the Substitute Fairy Godmother” on Friday, June 3rd and Saturday, June 4th.

Over the course of an hour, students helped tell the story of Cinderella, a poor and despondent girl in need of help. The play was set on the night of the royal ball and Cinderella must get to the palace if she is ever to meet her one true love, Prince Charmfull. When she calls for her Fairy Godmother, it turns out that some bad potato salad has given all the Fairy Godmothers food poisoning, and Cinderella is stuck with a substitute. Enter Lucretia Fossilwart, scented candle saleswoman and Substitute Fairy Godmother. Plagued by a severe lack of knowledge and an old spellbook, Lucretia is unable to turn a pumpkin into a coach, produce three coachman, make a beautiful ball gown, create glass slippers, or even get Cinderella to the ball on time. In the end, a slew of fairytale creatures appear and somehow, Cinderella (without Lucretia’s help) is able to find the prince, go to the ball, and get married after all.

Nearly 20 students took to the stage to make the production a reality as they delighted audiences with laughter and smiles. The drama club is typically made up of students from grade 4-8, who spend much of the year learning about theater before rehearsing for a show. The Whitefield School drama club is advised by teachers Jennie Dynan and Stephanie Cameron.